After announcing the league’s newest teams a week ago today, the Interstate Hockey League finally has both logos for its fifth and sixth teams ahead of the 2018 season!

…and the folks at Dangle Sauce combined simplicity with beauty in a dashing way.

Wasting no time following the announcements, DS and the IHL worked to quickly get branding for the Sanilac Blades and Vehicle City Villains. These teams have already amassed a few hundred likes on their Facebook pages, as well as Sanilac releasing season ticket prices under $100.

We’ve reviewed the IHL’s logos before, and honestly it’s hard to not like all of them at least. With a change in the Hadley name to Fraser, these logos are not entirely accurate now but still showcase the sleekness. 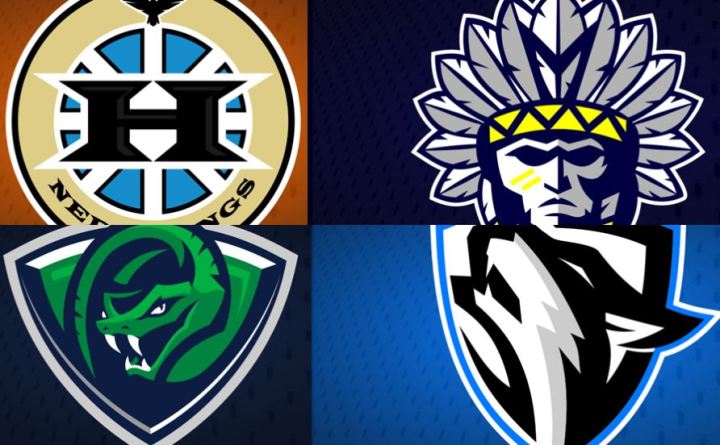 So, how do Sanilac and Vehicle City (Flint)’s match up? I – because Rovitz is apparently too busy planning to get married – hit ’em with my two cents!

Hockey is not incredibly historic in the Sanilac/Sandusky region of Michigan, but they’re growing quickly. Especially with Josh and Drake in command of the team, and helping put together camps and running already a good organization. However, the Blades make their impact on the community right away with a very sharp (no pun intended) use of the single L in Sanilac, turning it into a classic wood stick with a modern curve.

This logo with its pennant and typeface presents a familiar, and almost baseball-esque feel, and honestly you just can’t go wrong with a dark green and black scheme.

The unis are SHARP. The black typeface against the white for just the name is nice, but that almost-Spartan Green color is a nice nod to state history. This feels very similar to Dallas’ color scheme, and that’s a winning idea. Green, white, and black can be dangerous when used together, and DS hits it out of the park.

Overall, a classic look with a sharp scheme. Don’t mess with what works. B+ 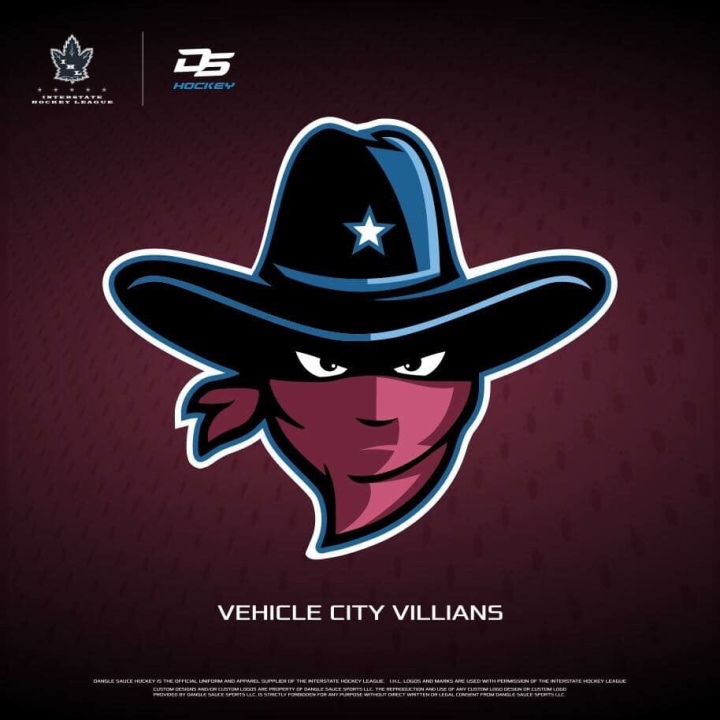 To see the City of Flint reunite with Drake MacKenzie’s league is admittedly surprising, considering how the two had trouble finding a mesh in the past. But MacKenzie was approached with a fully prepared and hungry team, formerly the Lapeer Lumberjacks, and couldn’t turn down another chance at this community.

This logo doesn’t shy away from their history of the city or their team. They’re the villains, they’re out to steal wins and take your will away.

This logo is filthy. You don’t know who’s hiding behind that bandana and under the hat. You just know they’re looking right through you. The outlaw/villain markets the team PERFECTLY, and you don’t even need typeface or anything. It’s INSTANTLY recognizable.

Merchandise for this would take no time to sell. This is attractive, familiar-yet-unique, and a uses it’s color perfectly.

Every sport needs a heel, and Vehicle City branded itself as the IHL’s. They even kept the old LL color scheme.

What makes it better? 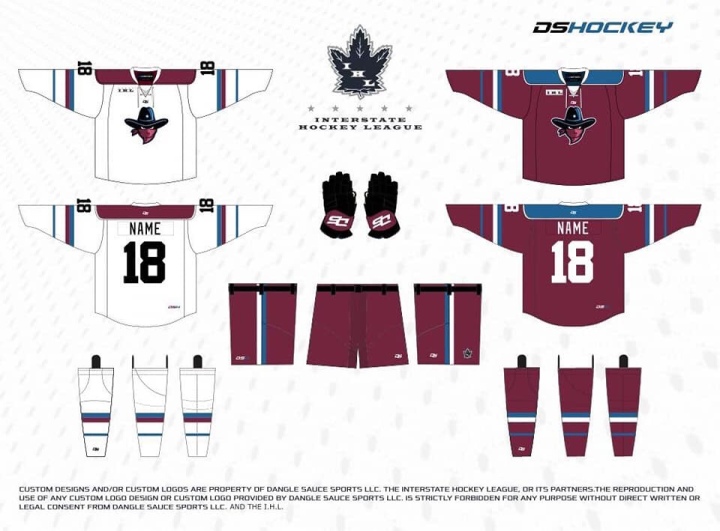 DS was able to use that color scheme and incorporate another infamous villain in hockey – the Colorado Avalanche.

This has ALL the makings of that classic jersey seen in Joe Louis Arena during the brawling hey-days of the Red Wings-Avalanche rivalry, and makes for some fun.

Really, really well done here. According to the team page, the pants will not match the jerseys burgundy, so we’ll wait for the updated shell.

Overall, I think this logo works on a lot of levels. There were many directions to go, and the right one was chosen. A-

And that’s it! The IHL is now up to six teams, and ALL the logos are stupid good. Give those folks at Dangle Sauce a lot of credit, they custom make both the logos AND jerseys, and they make it affordable for the teams.

We here at BLH can’t wait for the IHL season to kick off.