As noted earlier today in Shawn’s piece, the FHL has made no secret that they are eyeing southern expansion, with a number of cities that they have already reached out to try and gauge interest or plant seeds for future expansion.

But one of the wildest and most intriguing tips we’ve had come in at Bus League Hockey was this: That in 2017, the FHL reportedly went HARD after the Birmingham, Alabama, and according to our source, had the inside track (and was practically at the finish line) to play at the Pelham Civic Complex, which was undergoing renovations to try and lure a pro hockey team in, before a series of events led to the arena and city awarding the team to the SPHL at the last minute.

(Editor’s note: my fiance is from Alabama, I tracked the Birmingham Bulls expansion saga, which was covered heavy by local media in Birmingham, and never once heard a word about the FHL potentially being there, so this was insanely interesting to me.)

According to our source with inside knowledge of the workings that went on:

FHL and the City of Pelham Alabama had agreed in principal to have a FHL team in the Pelham Civic Center with a 2 year lease with a 2 year option.

FHL Ownership had the President/General Manager in place ready to open for business in March of 2017. A coach was also in place as well. Offices in the arena were being cleaned out for the new team.

An SPHL ownership group was trying to get back in the market at the same time but was trying in the Birmingham Civic Center but the arena didn’t want it.

So as Art Clarkson (one of the owners) found out about the FHL going into the market, he reached out at the last second to Pelham City Officials to put a halt to it.

With Art being a local resident and knowing the city officials (Rick Hayes), it was easy for them to put off the FHL lease approval. Then at the last city council meeting, the FHL lease was turned down for a new proposed lease for the SPHL after verbally agreed to the FHL lease.

According to our source, the team had EVERYTHING lined up and ready to go, a website, season tickets, that were reportedly set to be sold at $299 for the season, far cheaper than the current SPHL team season ticket prices of $756 for on the glass, $532 for the sides, and $336 for behind the net.

Much like the SPHL team, they tried to tie into the region’s hockey history while giving it a new, modern feel, so they came up with the Alabama Bullz, yes, with a Z, and made the team colords Navy and Yellow, diverting from the classic Red and Black the Bulls are known for. They even created logos, shoulder logos, jersey concepts, and jersey font concepts, that our source was kind enough to pass along to us. 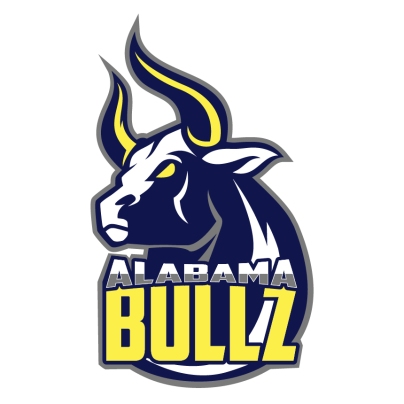 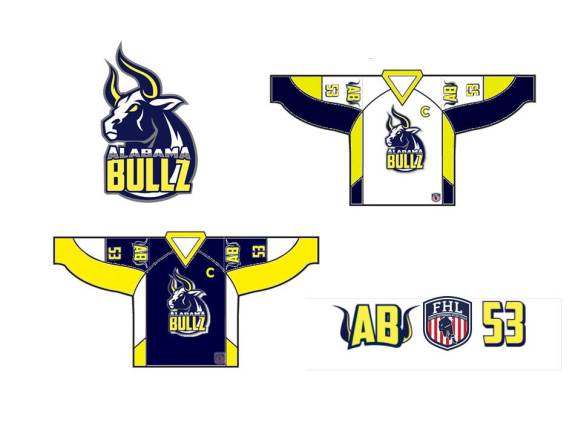 Perhaps more interestingly, the FHL viewed Birmingham as the start of its southern expansion plan before the SPHL and a more local owner swooped in at the last minute and put the Birminingham Bulls in place.

Our insider reported that had the FHL nabbed the Birmingham market, the league was then set to go after Columbus, Georgia to be Alabama’s travel partner, and then begin looking in Mississippi, reportedly at Tupelo and Jackson, and then keeping its eyes on other SPHL cities that might have lost their team, or could potentially lose their team in the future, including Macon.

Obviously, this didn’t happen and the Birmingham region went with the SPHL team, that saw decent success in its first season with over 2600 fans a night, and finishing just outside of a playoff spot.

But what might have been! Had the FHL beaten the SPHL to the market, who knows what teams and cities might have tried to join the FHL during this off-season, but regardless, it looks like the FHL has its eyes on the south, trying to fill the void in smaller cities the SPHL might not consider, or towns that had the SPHL and lost it for one reason or another.