You asked, we did our best to deliver.

A little while back a fan asked if we knew who had the best ice in the Federal Prospects Hockey League, and we didn’t have an answer for them. That led to them asking a couple other questions about other things within the league that we didn’t know, and eventually to the idea of a player survey.

Well, over the space of about a week, we sent this survey out to players and broadcasters on all 10 teams to see if any players would take it just to see what they had to say about the league. When all was said and done, we received 46 completed surveys back, about 25% of the league’s 180 active players on rosters.

So it’s a decent sample size for our first try at this, but please take these results with a bit of a grain of salt for a couple reasons: First, once the survey was sent out to the teams, we had no way of knowing who completed it as we granted the players complete anonymity so they wouldn’t get in trouble. Second, and this goes along with the first part, we have no control over which players or teams filled out the most surveys. Maybe one team had 12 players take it, while another might have only had one or two. So again, we fully admit this isn’t a 100% representative survey of the players, but we did the best we could with what we had.

One other note, the essay questions at the end, we screengrabbed the answers so we didn’t change or alter anything players had to say.

So, onto the questions and the player’s answers.

The question that started it all, and the one we sort of suspected would win. Watertown is in a COLD climate, in a rink that doesn’t see a ton of events outside of the Wolves games, so it makes a lot of sense that they would be the easy winner of this question. What’s curious is that both Carolina and Columbus, the two southern teams, came in second and third, props to the ice makers there. 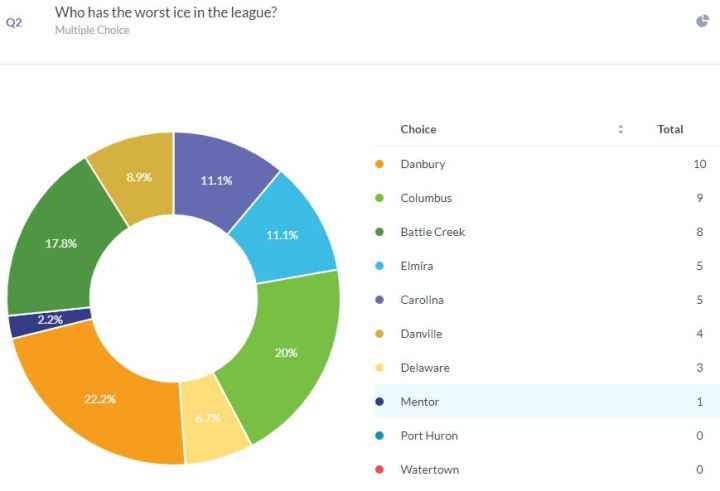 On the other side of things, Danbury took home the worst ice title, which is a bit of a shock. But when you have three junior/pro teams playing there, plus adult and youth hockey, the ice is going to get chewed up. As one player told us on Twitter in a private message, “Danbury has the worst ice, hands down.” Columbus gets mixed reviews apparently, while Battle Creek being up there is a bit of a shock. Port Huron and Watertown were the only rinks to not receive a vote here. 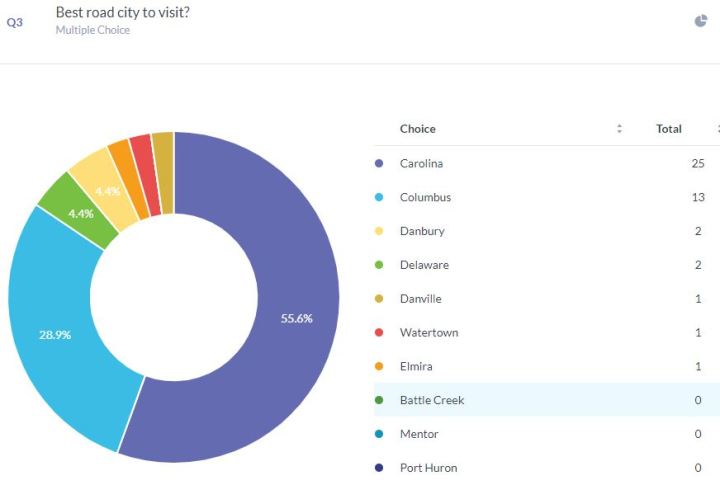 No-brainer here, because, no offense to the other eight cities in the league, but these are the two biggest markets and therefore the two cities with the most things to do other than sit in a hotel room. The funny part is seeing what other cities got a vote, because no offense to any of them, but I can’t imagine there’s a ton to do for 20-something hockey players in those towns.

Yeah, that seems about right for the Top-4 cities. Being from Michigan, yeah not a ton to do in Battle Creek. Delaware, the rink is in a town of around 3,000 people. And then Danville and Elmira, never been there, but they both fit into that mold of being around 30,000 people and on a bit of an island as far as what else is around them. 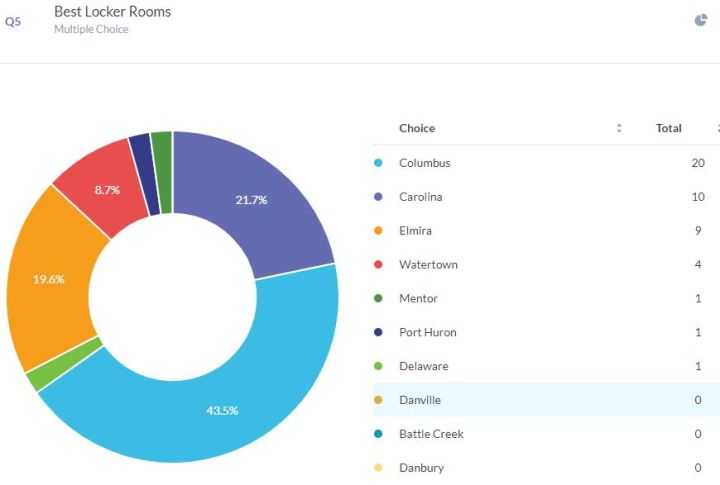 Again, makes sense because our Top-3 are the biggest, best, actual arenas that were built for sports and took into account what modern teams need in a locker room, especially Columbus and Elmira, which are somewhat newer arenas. Watertown getting four votes also makes sense because that arena was renovated within the past five years or so.

The common theme here is it’s either a rec rink (BC, Delaware, Mentor) or an old rink (Danville) and yeah, none of those are going to have pro-caliber locker rooms. This really isn’t the fault of the teams that play in those arenas, it just happens to be the hand they were dealt.

Our favorite part of this is seeing some of the more hilarious answers here. Like Nick Wright getting a vote for nicest player to play against. Or someone saying, “Anyone but AHMED MAHFOUZ.” 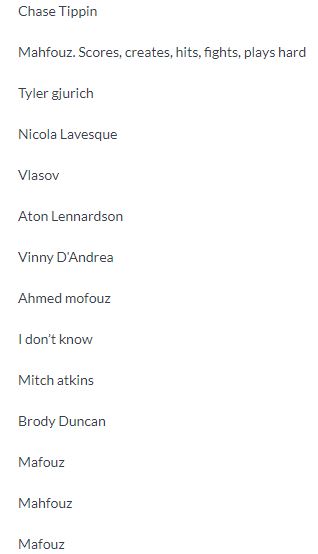 Not a lot of surprises here, with Ahmed Mahfouz the runaway “winner” of this category, and then Joe Pace getting a couple votes too. Again, the fun part is seeing some of the names that you wouldn’t expect. Like Aaron Taylor, Delaware’s goalie, or Brody Duncan especially after what happened this past weekend.

To us, this was the most interesting question, and the one chance for players to really open up, and boy did some of them. Everything from arena sizes, to how much they dislike Commissioner Don Kirnan, and the big ones, low pay and how much they didn’t like the officiating.

So a big thank you to all of the players who took time out of their days to fill this out for us, and we really hope you at home enjoyed reading this and seeing what players had to say about a few questions about the league. Again, we wish we could have had all 180+ players take the survey to get a complete sampling, but for our first try, we think this went pretty well and is something we’ll definitely try to do again in the future.