One of our favorite things about this site is when players, agents, coaches, or front office people reach out to the site with information about a certain topic.

Well, yesterday the man who designed the Danbury Hat Tricks logos (as well as the logos for every other Danbury pro hockey team before them), Dominick Alessandro, sent the site an email telling us to go take a look at his Instagram page, which featured, a trio of mock-ups for what Danbury’s newest team may look like when they take the this fall.

Take a look at what Dominick came up with: 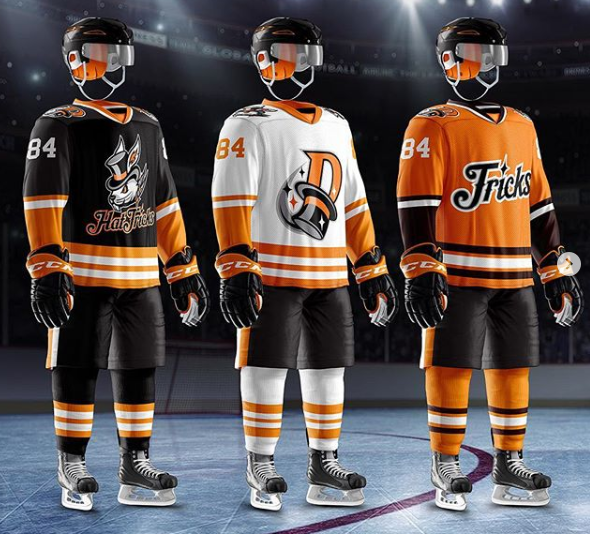 OK, we’re not going to lie, these look incredible, the black and the orange jerseys especially. The Rabbit logo that Ron raved about in our review of the team’s logos and name look tremendous on that all black setup. While the orange jersey with the “TRICKS” word mark is really sharp and pops. The black and orange striping on the jersey really stands out. The white jersey is fine, and the secondary logo looks nice on there, but we would have liked to have seen a little bit more black in the trim on the sleeves and socks, rather than the only black in the setup being in the pants, helmet and gloves.

Now, this does not mean that this is the final design or that this is 100 percent what the team will be wearing come the fall, so we decided to reach out to one of the team’s owners, Herm Sorcher, to get a little more information on how legit these jersey concepts are.

Sorcher did confirm that these were made by Alessandro, and that these are similar to what the team will be wearing on the ice, but noted that the team is continuing to work on possible designs or tweaks for the jersey.

“These are NOT the official jerseys but were put together by the designer who did our logo,” Sorcher said. “He is working on some concepts and we will blend them with our jersey manufacturer. So, at this point these look good but not necessarily what we are going with.

“I would say at this point, we will probably look something very similar to this, but in the end there could be some tweaks to it.”

So while these may not the final draft, if the team sticks to something close to these, it’s safe to say they will look great on the ice, and the team logos and colors look great on an actual jersey.

In addition to the potential jerseys, Alessandro’s page contained a logo for the Hat Tricks we had not seen yet, and honestly, it’s the best one of the bunch and we hope that they put it to use on a jersey or something. 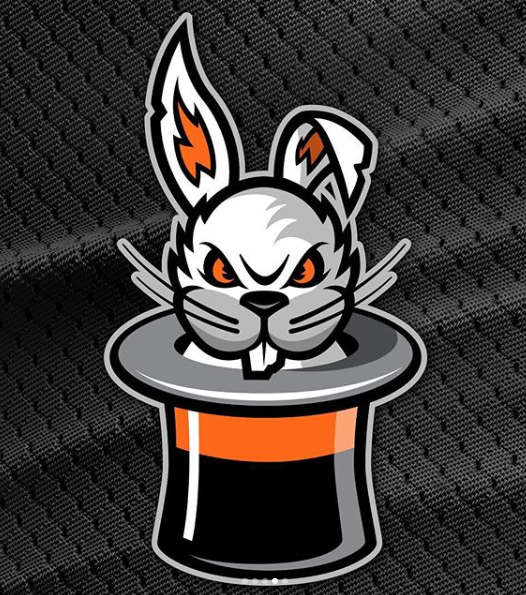 That is a thing of beauty, and I want that on a jersey or a t-shirt right now.

Say what you will about Danbury making a third attempt at putting a team in the FHL, but you can’t deny that they are going to look good while doing it.