Minor league hockey is unforgiving. Uncertainty of fan or corporate support, poor product on the ice, and even championship teams can fold.

Needless to say, there are few advantages given in the FHL. Teams that are printing money like Carolina? They killed themselves to get there, turning hapless hockey graveyard Winston-Salem into a city covered in thunderbird red, and into a team more financially and attendance-wise successful than some even in the league-above, the SPHL.

Elmira? You may think it was a no-brainer being a long-time minor league hockey market they could succeed in a far cheaper league where having a below average ECHL attendance is profit. But no. Robbie Nichols, his family, staff, and the community of Elmira had to raise First Arena from six-feet under to even have a hope of success, and now they own the single game attendance record.

The difference with these two teams over our title team in this article, is time. Robbie Nichols had been working to get a team for at least, on record, two years. Scott Brand and Co. had an unprecedented YEAR prior to launch to establish and create, and let the marketing genius himself get to work.

Mentor was, in every sense of the word, born to lose. We know. We broke the story of their plausibility, we followed along as they nearly never started due to frustration, liquor licenses, and other startup difficulties.

By the time it was finally time to announce the team, the season was under three months away.

The team looked hopeful though, with Joe Pace Sr. running the show before getting removed from post just weeks in. This is where we all waited with bated breath – little marketing, unclear pricing or seating, and a general sense of confusion.

I’ll be the first to admit, I had little hope for a team I’d adopted back in April. Without an experienced GM/Coach, how could this team of rookies on and off the ice survive, let alone thrive?

Slowly, the Opening Night arrived, and once again I watched and waited to hear of anything from a little city in Lake County.

To the delight and surprise of many, the Mentor Civic Arena had one key element to kickstart a franchise – support. 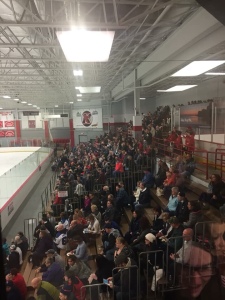 Fans came out, and they cheered, and they were loud. They waited in line for a long time to get tickets. They had interest, but could it be maintained? The answer again seemed grim. A team without much sniff of success on the ice can only maintain a fan base for so long. But they retained. The front office responded to the support, and the marketing and media stepped up when it needed to. The battle cry was simple: dominate together. 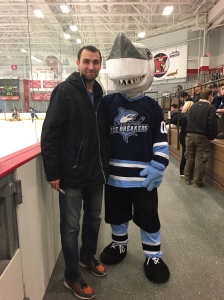 You see, the Ice Breakers story is far from unique. We’ve seen ill-equipped and ill-prepared start up franchises before.

Those teams, had a lot more time than Mentor. The team most recently that I could compare? Saint Clair Shores. Had almost twice the preparation time, even better GM pick, but yet failed immediately.

We’re nearing the 20 percent mark of the season, and I think the whole franchise in Mentor is just picking up its steam.

The Ice Breakers have found a hot goaltender in Derek Moser, a win at home, and a huge road shutout. They’ve climbed out of dead last, and are now in the talks for an early season playoff push.

With nothing but limited time, an inexperienced staff, a coach thrown into a role, and a fan base behind them. 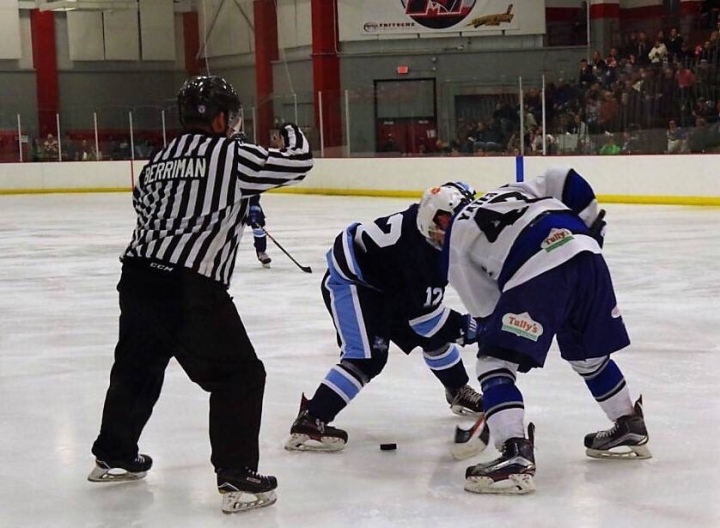 Mentor was a team born to lose, born to die. The difference between them and the recent teams in their position, is they started punching with their back against the wall.

You see, the importance of Mentor succeeding on-and-off the ice is stigma. The FHL has a huge one to overcome in being glorified-beer league with new franchises coming a dime-a-dozen. An early season flop like what the hockey gods were brewing for Mentor seemed to be a perfect way to continue the narrative.

Mentor however, much like it’s catalyst in helping found the franchise in Scott Brand, fought to legitimize this league. Mentor represents what the FHL is trying to have – pure, new franchises that can thrive in untested, small hockey markets.

The FHL cannot survive off the hope every team will become the gold-standard Carolina Thunderbirds, or have the jumpstart success of the Elmira Enforcers. No, the FHL will grow and continue off of the Watertown’s and if the trend continues, the Mentor’s.

The league is growing, and will grow in size and legitimacy. Mentor represents the story changing for the FHL of small, unproven markets, the same way Elmira represents the new direction of snagging large arena, former high-level pro cities.

Both are necessary, and both are finding their groove.

Mentor has found a fan in me, and you should be rooting for their success too.

One thought on “The Importance of Rooting for Mentor”